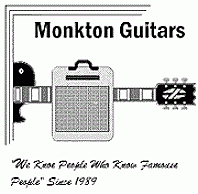 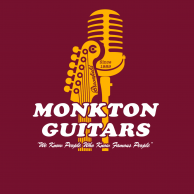 Pat Quilter was reaching the end of a successful career as an engineer and founder of QSC Audio Products when he decided to rekindle his love affair with guitar amplifiers. Taking longtime QSC employees and fellow guitar nerds Christopher Parks (Quilter CEO) and Robert Becker (Quilter COO) along for the ride, Quilter built what is according to them “the fastest growing guitar amp company in the world today.”

It’s no stretch to say that the guitar world is divided into two camps: those who like Quilter amplifiers and those who have not yet heard of them. For those of you in the second camp, Quilter Labs produces guitar and bass amplifiers that deliver an authentic, stage–worthy vintage sound in a light, compact, and dependable package.

Quilter amps are designed and built in relatively small numbers in Costa Mesa, California, and they’re not exactly cheap. But according to Pat Quilter, they’re the “real deal for people serious about their work.”

Quilters Don’t Use Tubes, But They’re Not Quite Solid–State Either
The guitar amplifier industry has been struggling for years both in terms of sales and innovation, yet Quilter has succeeded in both respects. Even more surprising is the fact that Quilter amps are a variation on the much–reviled solid–state — or transistor — amplifier.

Originally hailed as the successor to the tube amp, the solid–state amplifier never gained supremacy over its clunkier — albeit groovier — predecessor. Many guitarists avoid solid–state amps because of their lack of warmth, tight distortion, and lack of responsiveness.

So why would Quilter gamble his retirement savings on a proven failure?

Maybe it was personal. Pat Quilter was among the earliest adopters of transistor technology in guitar amplification back in the late ‘60s. But by the early ‘70s, his guitar amplifier business had failed to gain a following, and he and his business partners refocused their efforts elsewhere.

It turned out that Quilter’s solid–state amp designs were particularly well–suited for powering large sound systems, hence the success of QSC Audio Products. Upon his retirement from QSC, Quilter set out to prove what he knew decades ago as a tinkering

What's Behind the “Quilter Sound?”
Pat Quilter was always inspired by “the smooth controlled clipping of the British ‘EL’ tube family,” which includes the Marshall Super Lead and Vox AC30, but he believes that “all the classic tubes have their particular merits.” That’s the thing with Quilters: although they’re not modeling amps, almost all of them allow the user to select among several amp voices.

As a technical nerd, I relished the challenge of supporting high–energy guitar playing, much like I imagine any good automobile designer secretly wants to do race cars." - Pat Quilter

Quilters — especially the Steelaire series — are well renowned for their warm and rich clean sounds. But as it turns out, their designer’s primary goal was to amplify a guitar signal “to the point of controlled sustain, feedback, and harmonic generation.” In other words, tones we would associate with rock or metal.

Quilter explains further, “As a technical nerd, I relished the challenge of supporting high–energy guitar playing, much like I imagine any good automobile designer secretly wants to do race cars.” That being said, Quilter recognized early on that “all great overdrive amps are built on a foundation of good clean tone.”

Quilters do not contain a specific design element, such as a digital processor that replicates a tube amp’s characteristics. Instead, the Quilter sound is very much the sum of its parts. From the power outlet to the speaker cone, every amp stage contributes to the

Lightweight switchmode power supply: Fast–switching semiconductors are a lightweight and efficient method of transforming AC wall current into DC current for use in the amp’s circuitry. The switching power supply also allows the amp to function properly and maintain its tone across a wide range of voltages, making Quilters ideal for players who perform internationally, or in grubby watering holes with a shaky power supply.

Analog overdrive shaping circuit: The all–analog preamp circuit replicates the harmonic overdrive, clipping distortion, tube sag, and bias shifting of classic tube amplifiers. Users are able to change the overall character of the tone by switching between “voices” and, on some models, “boost” modes.

Lightweight and efficient class D power amplifier: The power amplifier is light, powerful, and efficient. It uses the same technology that powers speakers in laptops and smartphones: ultra–high frequency switch gates that amplify the signal with minimum energy loss.

Loose speaker coupling: Much of the responsiveness and warmth of a tube amplifier is the result of how it reacts to its speaker. Quilters are designed to replicate the voltage spikes that occur in tube amps, giving them a low speaker damping factor. This means that the speaker cone is allowed to maintain its own inertia and “sing.” 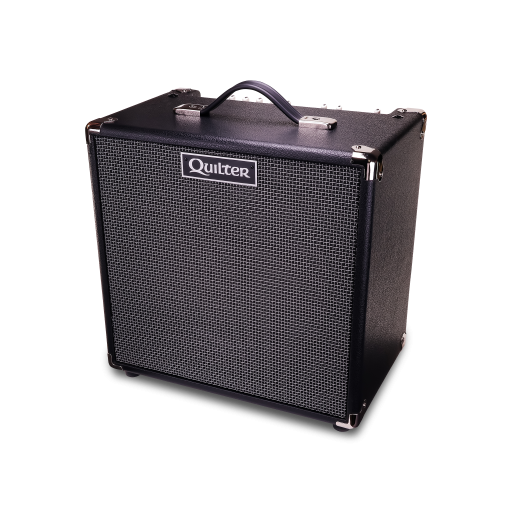 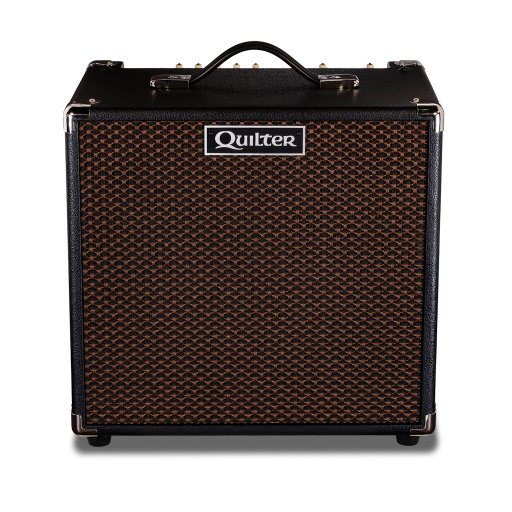 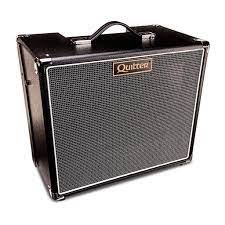 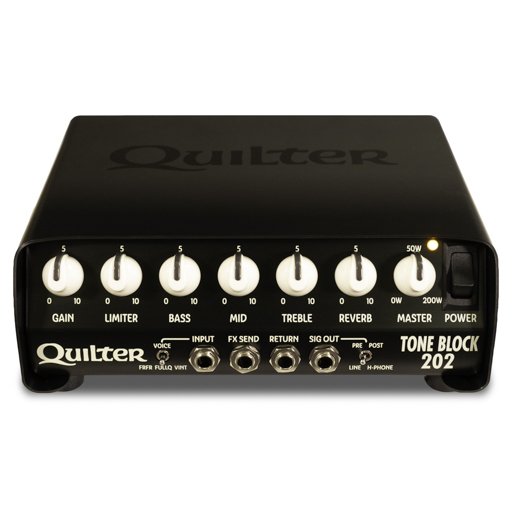