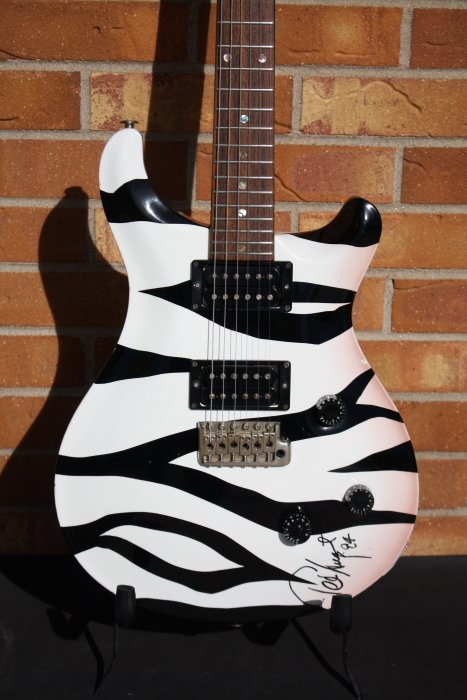 A custom CE-24 edition Paul did for Ted Nugent. It appeared in the "Ted Nugent Bowhunter's World" catalog and was a signature model PRS. The guitar was called a  "Whack Master" complete with a zebra camouflage paint job. The guitar was priced around $ 2,000 at the time.  Basically a CE-24 with rosewood board and custom paint job. I believe Ted carried this line from 1990-1994.

The is a 1990 that has player wear and some dings along the sides and headstock.  The lacquer on the back of the neck has been sanded down.  Neck shape is wide-thin.  The guitar is signed by Ted and comes with a Certificate of Authenticity letter from Ted to the buyer.  Original PRS case with leather pull.  Guitar plays great and has a Ted vibe.